Knee injuries are common and your ability to diagnose injuries like an ACL, MCL, LCL or PCL are vitally important so you don’t put your patients or athletes at further risk of injury by missing their injury and so you can manage their injury in the best possible way.

Just the other week I was on a coaching call with a New Grad Physio working in private practice.

He had just reviewed a patient with a knee injury (MCL), but he was seeing him for the first time 6 weeks post injury.

And there was the problem.

From his injury to that point his management hadn’t been great, and he was struggling, with continued pain, lack of movement and feelings of instability, because his early management wasn’t great to manage the injury he had.

We spoke through how we could better manage this injury and put together a rehab plan and it was great to hear this week that he is now progressing well and just about to start back running.

This conversation brought up a really important point…

When we are presented with instability, like an MCL or any other knee ligament injury, our early management is key.

If we don’t get this right, we risk poor treatment outcomes and a prolonged return to activity and sport for our patients and athletes.

I was unfortunate to sustain a high grade MCL playing rugby a few years ago.

I was playing rugby, got hit from the side with a fixed foot, knee forced into a valgus position, and I sustained a high grade MCL injury (and an ankle deltoid injury at the same time).

Missing a few weeks of rugby wasn’t my biggest concern at the time.

I was working at the Leeds Rhinos at the time and when I got injured on that Saturday, it was just 4 weeks out from the Challenge Cup Final at Wembley Stadium, a game we had just progressed to, following a semi-final victory the night before.

Getting back running and back being able to do my on-field duties on the pitch in 4 weeks was going to be tough (those not too familiar with Rugby League, medical staff are allowed on the pitch at any time and as a physio you would cover anywhere between 3-5 km per game – I know because I tested it using a GPS unit!).

But it was a game I obviously did not want to miss.

With an early correct diagnosis, appropriate early management and immobilisation and a progressive rehab plan I was back running in just 3 weeks, I made the final 4 weeks to the day I was injured (plus we won) and I was back full training a week later with my team.

In this blog I will cover some important points you need to consider when assessing any knee injury and in particular knee special testing to ensure you do not miss injuries such as an MCL, LCL, PCL or even an ACL injury and then can ensure your patient or athlete is managed in the best possible way following injury.

Your patient handling and how you test a knee injury is key.

I can vouch having my own MCL injury, that after the first time, I wasn’t going to let anyone else test that knee.

I had a high grade MCL and when I got another therapist to assess my knee and perform an MCL valgus test it did NOT feel good, when the knee gapped and opened up where it shouldn’t!!!

After the first time I certainly wasn’t going to let him test it again!!! 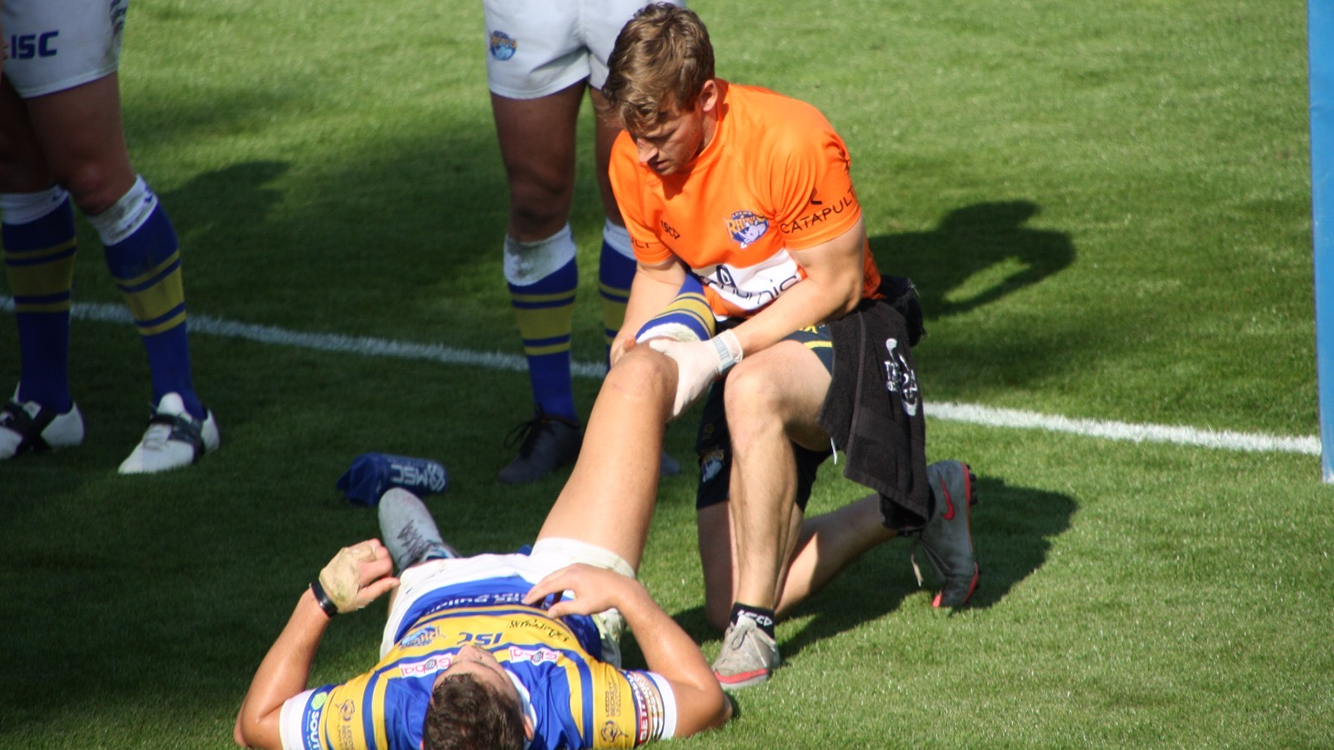 Your patients and athletes are exactly the same…

…If something doesn’t feel good or it brings on pain, then they won’t let you do it again.

That’s why you might only have one chance, your first test, to assess whether a knee is unstable or not.

This could be when performing a valgus test (MCL), varus test (LCL), posterior draw (PCL) or anterior draw/Lachman’s (ACL) or indeed any other knee stability test.

As we have discussed you only might get one chance to test an MCL, LCL, PCL or ACL.

So, it is of high importance that you are competent in your special testing.

Practicing on uninjured patients or athletes, friend or family member or even another colleague is the easiest way.

They won’t apprehended, they won’t guard and stop you from testing, because they are not in pain, and they don’t have pathology.

Practice like this also gives you the added benefit to get to feel what a normal ‘end feel’ is like.

This is important as ‘laxity’ in a joint will differ person to person but ‘end-feel’ should always feel the same, unless pathology or past pathology is present.

Are They Unstable Or Not?

Your aim of stability testing is to determine whether or not the knee is unstable.

If they are unstable you would likely consider the use of a knee brace or even elbow crutches to protect and offload the knee.

Using a grade 2 or 3 MCL, most orthopaedic protocols would suggest bracing the knee for a minimum of 6 weeks.

This process can be accelerated to be much quicker than this and with the right plan you can get patients and athletes back to full activity, including contact sport, in just a few weeks.

If the knee is not unstable it doesn’t need bracing.

There may be times, due to pain, patient apprehension or because of other associated knee injuries that knee special testing can sometimes be difficult, particularly with an acute injury.

If testing is difficult or you cannot undertake the testing, but their mechanism of injury or their other subjective and objective signs indicate a possible unstable knee then immobilise them and review them a few days later.

The worst thing that can happen of you immobilise them and they don’t have instability is that their knee is a bit ‘stiff’ when you reassess.

But if you miss an unstable knee and don’t immobilise you risk further injury (to the same structure e.g. MCL, or to other structures in the knee – meniscal, ACL) and on top of this you will inevitably prevent adequate ligament healing and prolong the rehab process.

Is the knee unstable or not? If it is – brace it. If it’s not – don’t. If you are unsure, brace it then review again a few days later

Any questions about this blog post please post them on any of my social media channels or feel free to email me at andy@newgradphysio.com

PS. Keep your eyes peeled for an EXCLUSIVE opportunity to get 1-1 mentorship from me to help you accelerate your learning this year, fast-track your career and start your own successful New Grad journey.